Does Fitbit Have Fall Detection? 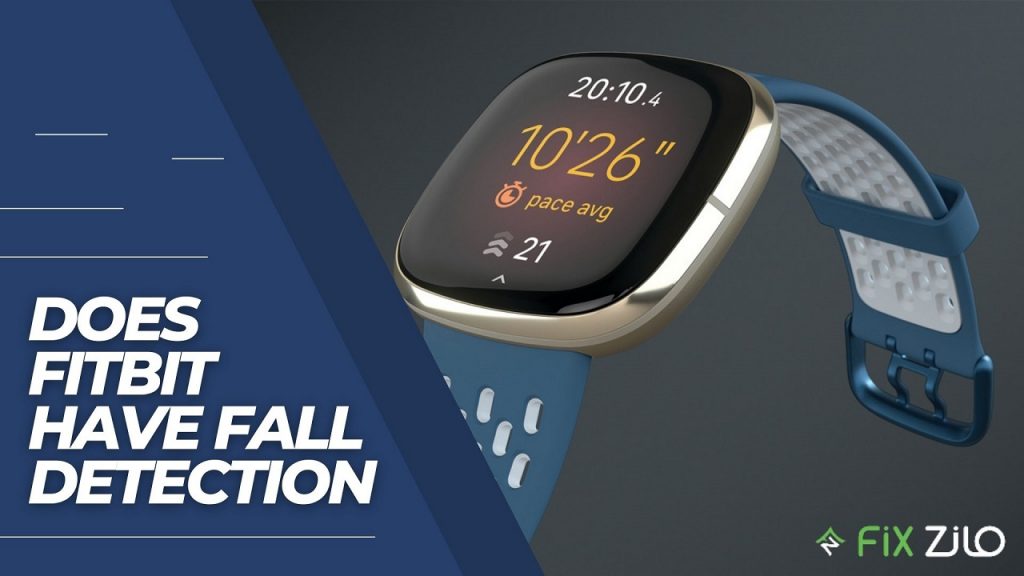 These days smartwatches come equipped with a lot of features including sleep monitoring, fall detection, etc. Out of different smartwatch brands, Fitbit is quite popular.

However, some Fitbit smartwatch users have questioned several times, “Does Fitbit have fall detection?”

Well, if you’re looking for answers then you’ve come to the right place. In this article, we have answered most of your queries regarding Fitbit and fall detection. So, let’s start without wasting any further time.

Does Fitbit Have Fall Detection? (Answered)

While Fitbit is one of the most popular brands when it comes to wearable fitness trackers, its devices lack some key features that could be vital in an emergency situation. For example, none of Fitbits current line-up of smartwatches or fitness trackers includes fall detection, which could be critical for seniors or people with chronic medical conditions.

Additionally, there is no way to trigger an SOS call or send an emergency notification if the user becomes injured or lost. While other brands have started to include these features in their devices, Fitbit has yet to catch up.

As a result, its devices are not as safety-conscious as they could be. Hopefully, Fitbit will soon realize the importance of these features and begin to include them in its devices. Until then, however, its customers will have to look elsewhere for a truly safe and reliable wearable device.

Does Fitbit Sense have SOS?

While Fitbit boasts a variety of features that make it a popular choice for fitness enthusiasts and casual users alike, there is one key feature that is conspicuously absent: emergency support.

In an era where we are constantly connected to our devices, it seems unthinkable that a company would produce a smartwatch or fitness tracker without some sort of SOS or emergency feature. In the event of an accident or medical emergency, having the ability to quickly call for help could be the difference between life and death.

Unfortunately, Fitbit has yet to include this feature on any of its devices, making it a less appealing option for safety-conscious consumers. With other companies beginning to offer emergency support on their devices, it’s only a matter of time before Fitbit follows suit. Until then, consumers will need to weigh the importance of this feature against the other advantages that Fitbit has to offer.

How Do I Get My Fitbit to Track Floors?

Many Fitbit users are interested in tracking the number of floors they climb each day. Unfortunately, not all Fitbit models are equipped with this feature. However, there is a workaround that can be used with any Fitbit model.

First, open the Fitbit app and tap on the “Account” tab. Then, scroll down and tap on “Advanced Settings.” Next, make sure the “Track Floors” setting is turned on.

Once this setting is enabled, your Fitbit will start tracking the number of floors you climb each day. You can view your floor count by tapping on the “Today” tab and then scrolling down to the “Lifetime Stats” section. Although this workaround isn’t as accurate as the built-in floor-tracking feature found on some Fitbit models, it’s a good way to get an approximate idea of how many floors you’re climbing each day.