Why are My Fitbit Calories Burned So High Compared to Apple Watch? 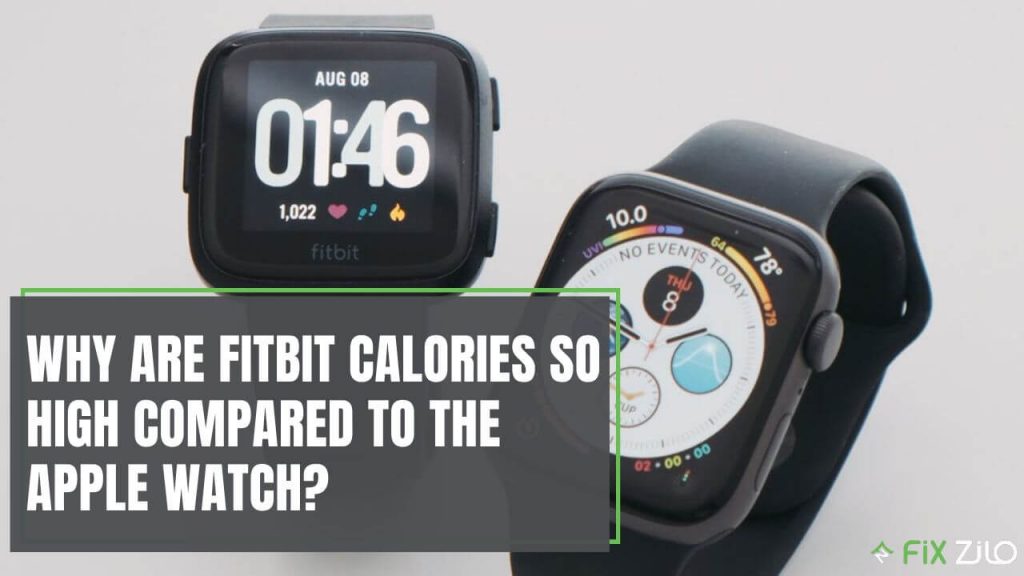 How accurate are fitness trackers? This is a question that a lot of people have when it comes to different devices like the Fitbit calories and the Apple Watch.

Even though both of these devices track calories, many people believe that the Fitbit is significantly more accurate than the Apple Watch. But why is this?

When it comes to fitness trackers, two of the most popular brands are the Apple Watch and Fitbit. Both devices are great at tracking your steps, heart rate, and calories burned. However, there is one area where they differ: Fitbit calories are often much higher than those tracked by the Apple Watch. Why is this?

The answer has to do with how each device calculates calories burned. The Apple Watch only tracks “active” calories, while the Fitbit also includes “resting” calories in its calculation.

This means that, if you’re someone who is constantly moving throughout the day, the Fitbit is going to show a higher calorie burn than the Apple Watch. For inactive people, however, the opposite will be true.

So, if you’re wondering why your Fitbit says you’ve burned more calories than your Apple Watch, it’s because of the inclusion of resting calories in Fitbit’s calculation. Ultimately, both devices are equally accurate; it just depends on your activity level as to which one will show a higher number.

Which One is More Accurate: the Fitbit or Apple Watch?

As per a recent study (which compared the accuracy of both trackers in measuring aquatic exercise), the Apple Watch is more accurate than the Fitbit when it comes to measuring heart rate and step count.

However, the study also found that both devices were equally accurate when it came to measuring calories burned. This is an important finding, as it means that people who use either device can be confident that they are getting an accurate measurement of their workout.

Calorie counts are tricky. The Fitbit trackers use estimations based on your age, weight, sex, and height along with your activity level. It’s not perfect, but no calorie counter is. Still, the Fitbit is likely as good as any when it comes to accuracy.

And while the tracker might not be perfect, it can give you a general idea of how many calories you’re burning throughout the day which can be helpful when trying to lose or maintain weight.

So, if you’re looking for a perfect calorie-counting device, you’ll be disappointed with the Fitbit (or any other tracker). But if you’re just looking for a general guide to help you make healthier choices, then Fitbit can definitely be helpful.

Overall, both the Fitbit and the Apple Watch are accurate when it comes to tracking steps, heart rate, and calories burned.

However, the Fitbit is often more accurate than the Apple Watch when it comes to tracking calories burned, due to the inclusion of resting calories in its calculation.

Whoop vs Apple Watch: Which is Better?

How to Position Keyboard and Mouse for Gaming