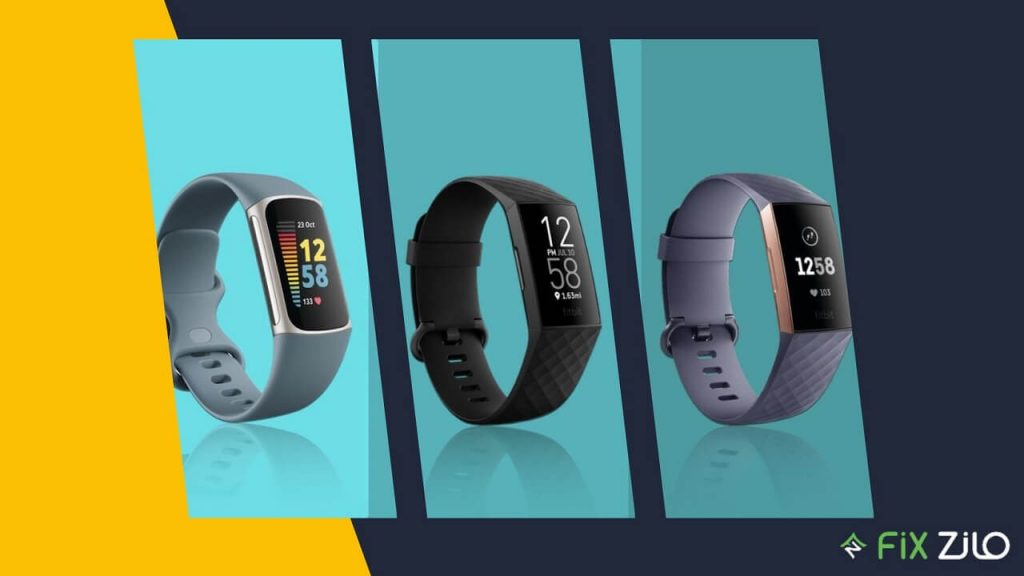 The Fitbit Charge has been a popular choice for fitness enthusiasts for years. The latest device, Charge 5, promises to be even better. But is it worth upgrading from an older model? And which one should you buy?

In this post, we’re going to compare the newest Fitbit Charge 5 against its predecessors, the Charge 4 and 3. We’ll look at the features that each model offers and help you decide which one is best for your needs. Now, let’s get started.

The Fitbit Charge 5 is the latest fitness tracker from Fitbit. It features a sleeker and thinner design than its predecessor, the Charge 4.

The Charge 5 also has a range of different strap options to choose from, including silicone, sport, nylon hook and loop, and Horween leather. Additionally, the Charge 5 is the first Fitbit tracker to feature an AMOLED screen. This makes the display much brighter than previous models. The Charge 5 also has an always-on display option.

The Fitbit Charge 3, 4, and 5 are all activity trackers that monitor your activity throughout the day and night. They all have displays that show your daily stats, including steps taken, distance traveled, calories burned, floors climbed, and active minutes. They also show any smartphone notifications you receive.

Charge 3, 4, and 5 all have different features that set them apart from each other. The Charge 3 has exercise recognition and tracking, swim tracking, and goal-based exercise. The Charge 4 adds Spotify support and SmartWake alarms. The Charge 5 adds Daily Readiness, Stress Management Score, and NFC.

Each Fitbit Charge is a great activity tracker that can help you stay active and monitor your progress.

The Fitbit Charge 3, 4, and 5 all feature an optical heart rate monitor, accelerometer, altimeter, and vibration motor. They also have relative SpO2 sensors to view a graph in the Fitbit app showing an estimate of oxygen level variability in your bloodstream.

The Charge 3 and 4 include NFC in some models, while the Charge 5 features ECG readings and a built-in GPS. All three devices are designed to help users track their fitness goals and sleep patterns. The Fitbit Charge 5 is the most advanced of the three devices, offering the most features and data tracking capabilities. However, all three devices are great options for those looking for a quality fitness tracker.

Which One You Should Buy?

The Fitbit Charge 5 is the newest and most advanced model of the three. It’s thinner and sleeker than its predecessor, the Charge 4, and it has an AMOLED screen. The Charge 5 also includes a built-in GPS, ECG readings, and NFC. If you’re looking for the latest and greatest fitness tracker from Fitbit, then the Charge 5 is the one for you.

If you’re not interested in the newest model, then either the Charge 3 or 4 would be a great choice. Both devices offer exercise recognition and tracking, swim tracking, goal-based exercise, Spotify support, SmartWake alarms, and more. You can’t go wrong with either device.

No matter which Fitbit Charge you choose, you’re sure to get a great fitness tracker that will help you stay active and monitor your progress. Thanks for reading. We hope this helped you make a decision on which model is right for you.

Why Does My Fitbit Say Look Alive?