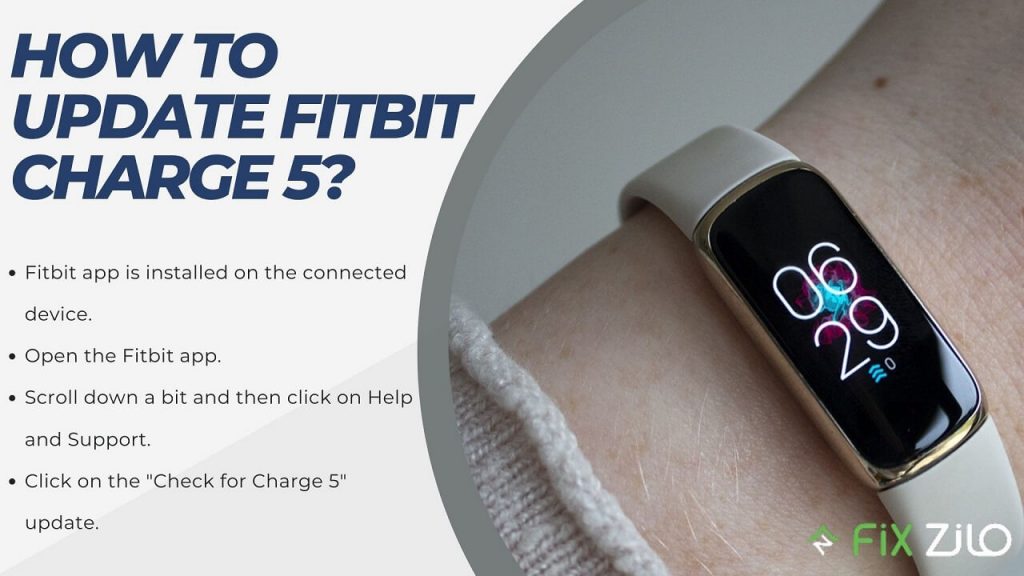 The Fitbit Charge 5 is a popular activity tracker that many people use to monitor their daily activity and progress. However, what to do if you want to update the firmware on your device?

In this blog post, we’ll show you how to update Fitbit Charge 5 easily using the Fitbit app. So don’t worry if you’re not sure how to do it, we’ve got you covered. Now, without wasting any further time let’s get started with today’s post.

How to Update the Fitbit Charge 5?

In this section, we have added a step-by-step guide to help you update your Fitbit Charge 5 manually. Let’s take a look at the detailed guide:

Sometimes, your Fitbit Charge 5 gets updated automatically as well, so in that case, you’ll get a message saying, “Your Charge 5 is up-to-date.”

Why Won’t My Fitbit Software Update?

The most common reason behind a Fitbit not updating is low battery. So make sure that your device has enough battery before initiating an update.

Another reason may be that your device is not connected properly to the internet or Wi-Fi. For a successful software update, it is necessary to keep your device connected to a stable internet connection.

If your Fitbit Charge 5 isn’t updating or working as expected, it may be due to a lot of reasons. Sometimes you can get rid of these problems by initiating a simple restart process. Try restarting your mobile device and try again to see if the update process goes on or not.

Sorry, Your Account Is Inactive And May Not Login: Fortnite (Fixed)

Why Do I Keep Losing Steps on my Fitbit?