What To Do If Your Fitbit Band Breaks [Explained] 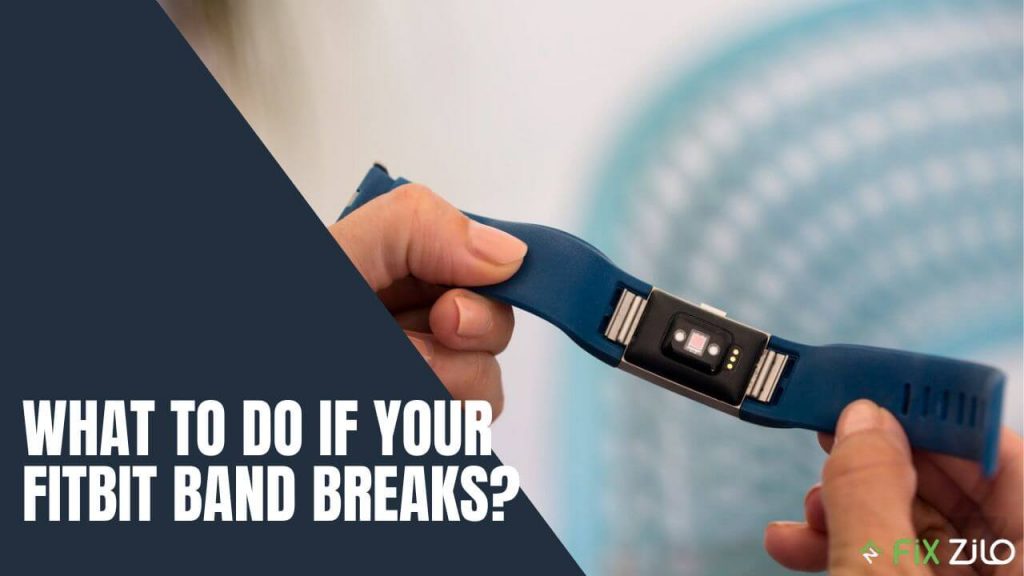 Broke your Fitbit band? Well, there’s no need to get worried. If you rely on your Fitbit to track your daily activity and to encourage you to get up and move then it is very common for you to break your Fitbit band.

However, as we mentioned above, there is no need to get worried. Because there are a few things that you can do to fix your Fitbit band, moreover you can still keep on using your Fitbit for your everyday tasks.

In this blog post, we are going to guide you through the whole process of fixing a broken Fitbit band. So, stay tuned till the end.

How to Fix a Broken Fitbit Band?

In this section, we have mentioned a few things that you can do to fix your broken Fitbit band. You can check out the below-mentioned methods and choose the one that suits you the most.

A broken Fitbit band can be a major inconvenience, but there is no need to replace the entire device. With a little bit of effort, it is possible to fix a broken Fitbit band. One option is to use super glue. Just be careful not to get any glue on the exposed surface of the Fitbit.

Go to a Repair Shop:

There are many electronic repair shops that can fix a broken Fitbit band quickly and easily. This is usually a more expensive option, but it will ensure that your Fitbit band is fixed properly.

If you have a warranty on your Fitbit, then you may be able to get a replacement band for free. Otherwise, you can purchase a new Fitbit band from the company’s website or from a third-party retailer. This is usually the most expensive option, but it is also the most convenient.

If your Fitbit band is broken and you don’t have a warranty, then you can purchase a replacement band from the company’s website or from a third-party retailer.

What happens if your Fitbit band breaks?

If your Fitbit band breaks, don’t worry, you can easily get a replacement. Fitbit offers a warranty on their products, so as long as you have proof of purchase and it broke during normal use, you can submit a claim to them.

Alternatively, you can simply buy a new band from Fitbit or a third-party vendor. Either way, you’ll be back up and tracking your fitness in no time.

Can a Fitbit strap be fixed?

Though your Fitbit should last a long time, the company understands that things happen. Whether it’s an accident or just regular wear, sometimes your Fitbit will need some repair. If this happens within the first year of ownership, don’t worry.

Fitbit offers a one-year warranty for all of its products. This means that if the device or included strap breaks, tears, or stops working within that time frame, they’ll repair or refurbish the product.

So whether you accidentally drop your Fitbit in the pool or your strap starts to wear after months of use, you can rest assured knowing that Fitbit has got you covered.

Why Does My Fitbit Flash Green? [Explained]

Fitbit vs WHOOP: Which Wearable is Best?