Why Does My Xbox Series X Keep Turning Off By Itself? 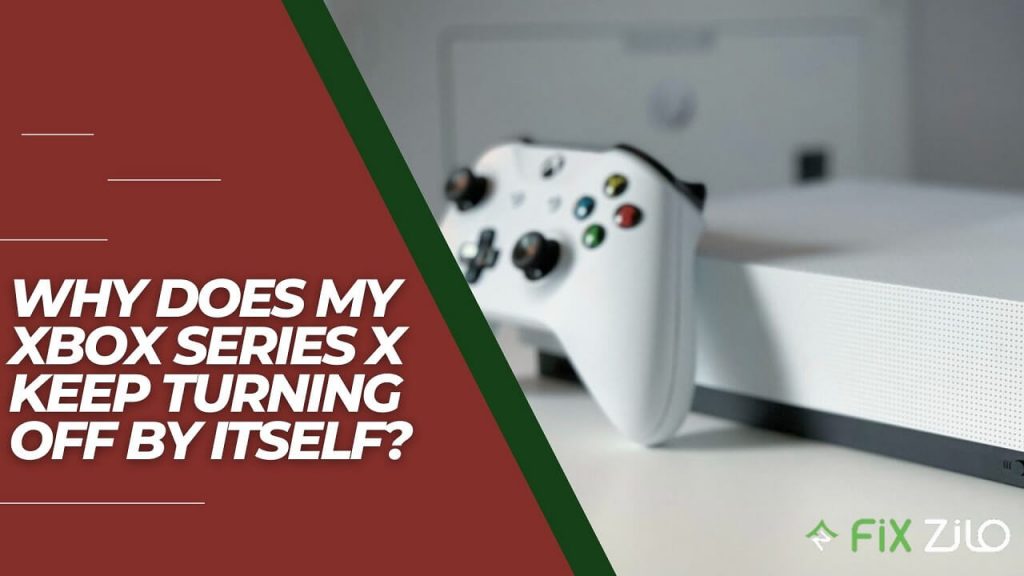 The Xbox Series X was released a few years back and ever since its release, many people have been enjoying games on this console. However, during the journey, a lot of users have also reported multiple issues with Xbox Series X. One of the most common problems faced by users is that the Xbox Series X Keep Turning Off By Itself.

The Xbox Series X has been out for a few months now and many people are enjoying the games on this console.

According to a number of reports, people are finding that their console will turn off randomly, even when in use. Microsoft is aware of the issue and is working on a fix, but what does this mean for those who have already purchased the console? Is it safe to continue using it?

Or should you return it for a different model? Let’s take a look at some of the facts and find out what you can do if your Xbox Series X turns off unexpectedly.

Why Does My Xbox Series X Keep Turning Off: 3 Reasons

Before we move toward the possible solutions to get rid of this problem, it is important to understand why you are facing this issue in the first place. For that purpose, we have included a list of reasons in this section.

There can be a lot of reasons why your Xbox Series X might be turning off by itself.

The first and one of the most common causes of this issue is Overheating. Your Xbox Series X console could be facing overheating if in case you have kept it in a hot environment or if you are playing games for an extended period of time.

If you think the environment is hot, then we recommend placing your console somewhere in a cool environment to avoid overheating.

Moving forward, while playing games for a long period of time, you can take a break in between the gaming sessions. In this way, you can allow your console to slow down a bit.

Also Read: Why is my Oculus Quest 2 Not Charging?

Another issue that can cause the turning off of your Xbox Series X might be the problem with the power supply. If your power supply doesn’t work properly then there can be a lack of power towards your console. Without sufficient power, your console can turn off by itself, thus causing several issues.

You can also check your power supply by plugging it into another outlet or by using a different power cord.

Hardware Issues With the Console:

Another thing that might be the reason behind this issue can be the hardware issues. So, in case your Xbox Series X turns off by itself then you can contact Microsoft support to get rid of this issue. Getting assistance from Microsoft can help you fix different problems.

Also Read: How to Monitor CPU and GPU Temp While Gaming

How to Fix Xbox Series X Turns Off By Itself?

Now that you are aware of the possible reasons why your Xbox Series X Turns Off by Itself, then the next thing to do is to fix this issue. In this section, we have listed a few solutions that can help you get rid of this issue.

Make Sure the Console is not Overheating:

One of the first things you should do is make sure that your console is not overheating. If it is, take a break and allow it to cool down before continuing to use it.

If you’re still having trouble, it’s possible that there is a hardware problem with your console. In this case, you will need to contact Microsoft for further assistance.