How to Charge Fitbit Without Charger? [Easy Guide] 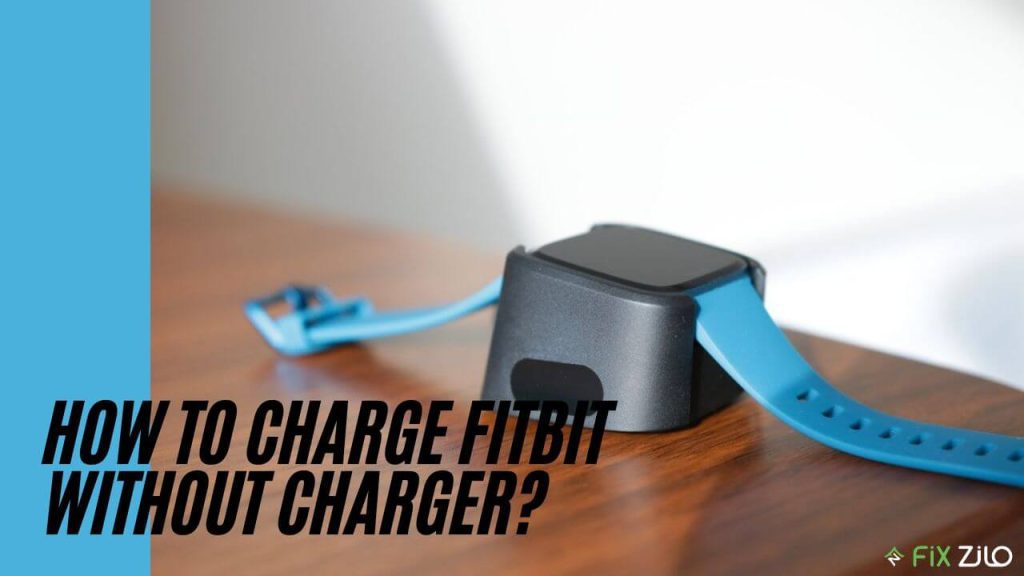 If you’re a person who depends on a Fitbit tracker to monitor your health and fitness then you must be aware of the fact that it is quite essential to keep your Fitbit battery charged fully.

If in case your Fitbit battery is running low and you don’t have a charger or if you’re traveling and forgot to pack your charger then don’t worry you have come to the right place.

This post will guide you through a few methods to help you charge your Fitbit without a Charger.

So keep on reading this post for more information.

A Fitbit is a wearable device that tracks and monitors fitness and activity data. In order to function, the device must be charged appropriately. However, if your Fitbit charger has gone missing or it is broken, or if you find yourself without a charger then don’t worry there are still some ways to give your Fitbit a charging boost.

One method is to take a regular USB cord and cut it, exposing the red and black wires. Then, tape the wires to the back of the watch, where electric dots are visible. If done correctly, your watch should begin charging.

If not, try rearranging the wires before taping them in place. With a little ingenuity, you can keep your Fitbit up and running even when you don’t have a charger.

Can you charge a Fitbit versa 2 without the charger?

It might seem impossible to charge the Fitbit Versa 2 without a dedicated charging unit, but don’t worry there is an alternate solution available.

In addition, the app may not be able to track your steps as accurately as the Fitbit itself. As a result, it is best to use the charger unit whenever possible to ensure that your Fitbit versa 2 is fully charged.

Can a Fitbit be Charged with an iPhone Charger?

If you’re like most people, you probably have a drawer full of old chargers and cords that you no longer use. But when it comes to charging your Fitbit, you’ll need to dig out the specific cord that came with your device.

That’s because Fitbits are incompatible with Apple’s newest charging standard, Lightning. So if you try to charge your Fitbit with an iPhone charger, you’ll be out of luck. Instead, you’ll need to use the USB short cord that came with your device.

Once you’ve located that, simply plug it into a USB port on your computer or any other compatible charger. And then you’ll be good to go.

We hope that this post was able to provide you with some helpful information on how you can charge your Fitbit without a charger.

Do keep in mind that it is always best to use the dedicated charging unit whenever possible to ensure that your Fitbit is fully charged. However, the methods described above will still get the job done.

How Much Do Influencers Make on TikTok?

How to Charge Fitbit Charge 3?

How to Charge Fitbit Without Charger? [Easy Guide]